Kate Kaufmann’s book, “Do You Have Kids? Life When the Answer is No’ is the latest addition to a pleasingly growing pile of books about women without children that I am now asked to review.

A decade ago, when I first realised that my childlessness was the terrifying endpoint of my fifteen year journey towards motherhood, there was practically nothing out there, apart from a couple of books which were out of print then (and now), such as Rachel Black and Louise Scull’s 2012 Beyond Childlessness and Linda Hunt Anton’s 1992  Never to be a Mother, neither of which I found at the time. Even online, what I was mostly able to find were some rather aggressively childfree-by-choice sites (which called parents ‘breeders’ and were quite graphic in their dislike of children which, although this may be the case for some childfree people, no more represents the broader childfree population that the stereotype of the barren and broken women fits the entire spectrum of the childless not by choice population).

I started blogging in 2011 as a way to get my voice out there and, hopefully, to meet a couple of other women like me. It turned out I was pushing at an open door and here we are, eight years later and my words and the work of Gateway Women has reached more than 2-million people around the world!

Blogging too brought me into contact with other, fresher voices in the childless community and I was encouraged, uplifted and personally supported by Pamala Mahoney Tsigdinos and her book/blog Silent Sorority and Lisa Manterfield’s book ‘I’m Taking My Eggs and Going Home and website at LifeWithoutBaby.com However, both of these women’s stories (and the majority of support online) was still based around the experience of those  who were survivors of unsuccessful fertility treatments. But for those of us who hadn’t either needed to or, for whatever reason, hadn’t experienced treatment, there was still nothing. As far as I’m aware, Gateway Women was the first blog/website/community/book that included the experience of those childless by circumstance. This is still a much less understood and represented sector of the childless community, which considering circumstantial childlessness accounts for 80% of all women childless by midlife is pretty extraordinary (Keizner, 2010 and referenced in Chapter 1 of my book which you can download free here). A wonderful exception to this is 2018’s Motherhood Missed: Stories from Women who are Childless by Circumstance (which I wrote the foreword for) by the late and much-missed Dr. Lois Tonkin.

And so to Kate Kaufmann’s book Do You Have Kids? Life When the Answer is No (She Writes Books, July 2019), which adds its own weight to what I hope will soon become an established area of research within social science – the experience of childlessness (both voluntary and involuntary) in the 21st century. Nine years in the writing due to Kate’s extensive research, the book features stories from women of all ages across the USA, ranging from their twenties to their nineties, some childless by choice, some by chance and quite a few that, as is usually the case with binary definitions, falling somewhere inbetween. As someone who has had the privilege through my work to meet and listen to thousands of such personal stories over the last decade, much of this was familiar to me, although each story is unique, just as every mother’s story is unique.

What really grabbed my attention thought and what was most meaningful to me as a woman in her mid-fifties, no longer grieving my childlessness but rather embracing the opportunities a life without children offers, were Kate’s interviews and research into later life without children. Several years ago I was invited by Kirsty Woodard to be part of a (now closed) UK organisation called Ageing Without Children and so it’s an area I’ve explored deeply from policy and campaigning angles. Yet I rarely came into contact with women in their seventies and eighties who were actually living this life in meaningful and fulfiling ways as many of them are part of the so-called ‘Silent Generation’ and tend not to be easily accessible by social media. But Kate has done something I didn’t have time to, she’s been out on the road meeting these women, attending those community meetings around co-housing, shared living and assisted living and the richness and diversity of those interviews is an absolute goldmine for individuals and researchers.

The book also explores the thorny issue of ‘legacy’ both emotional, practical and financial for adults without children and digs deep into some of the ways that we can give back to society in ways that feel meaningful to us.

Not all of us have a financial legacy to leave behind but there are other ways to get involved (including through a system of community funding projects which I found really inspiring but which I don’t think exist in the UK but maybe I’m wrong?) In my experience, ‘legacy’ is one of those words that haunt childless women whilst they are grieving and I really appreciate the way that Kate has looked at this issue from both an emotional and practical viewpoint. She also hasn’t shirked the issue of will writing and it seems that in the US the number of adults dying without a will is much the same as it is in the UK, leaving no end of trouble for those that are left to sort out the legal and bureaucratic mess that dying intestate leaves behind. I loved her interviews with some women who’ve embraced planning their end of life care, wills and funerals with the same gusto and enthusiasm that is more usually reserved for weddings!

I also really appreciated that this is Kate’s story too – that of a woman in her late sixties, divorced after a long marriage – one that sadly did not survive the challenges of building a new life after involuntary childlessness.  The book reflects deeply on this and on facing old age on her own, and her thoughts, feelings, actions and research as she works out what this means for her and what actions she needs to take. There is a tendency amongst those for whom ageing without children is a distant reality to say, as if they are the first people ever to think about it, “Oh, my friends and I are just going to buy a big house and live together!” as if that solves everything (notice it’s the same ‘just’ as in ‘just adopt’!) without considering who they would live with, where they would live, how they would organise and conduct their shared lives and what would happen when they need care or one of them gets Alzheimer’s. Kate’s spoken to women who’ve created, lived in, loved, hated, left and stayed in such living situations and has gleaned priceless wisdom from them. She’s explored for herself many of the serious and uncomfortable questions we need to face to really assess what kind of living situation will work for us when we’re older, how we’re going to afford to pay for it, and what it really takes to make it happen.

This book is an important addition to the literature around living a full and meaningful life without children. Honest, vulnerable, insightful and thoroughly researched it deserves to become a staple in both social sciences departments and for private readers.

Our issues and the diversity of our lived experiences have been hidden from view for far too long and this book takes us that little step closer to mainstream recognition. Women without children make up 15-30% of middle-aged women in developed countries and, with global climate concerns, it seems that many more in the next generation may choose to remain childfree. As my experience, the experience of many of Gateway Women’s followers and Kate’s book proves, we have a great deal to offer, always have done and we’ve been quietly doing so for years. It’s time that was recognised, supported and valued. 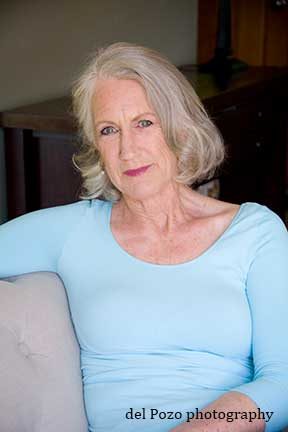 Kate Kaufmann, 67, is an American writer who advocates for better understanding of the childless/childfree demographic. She got her first inkling how different life as a non-mom can be after she and her former husband abandoned infertility treatments, quit their corporate jobs, and moved to a rural community to raise sheep. Everyone in the country seemed to have kids. So began her quest for identity as a non-mom in a culture high on family. Since 2012, Kate has talked intimately with hundreds of North American women who don’t have children, ranging in age from twenty-four to ninety-one. She’s also had the privilege of speaking about the childfree and childless with organizations such as AARP, the National Organization for Women, Oregon Community Foundation, and several colleges, universities, and retirement communities. She has an MFA in creative writing and professional background in human resources and consulting. A popular podcast guest, she’s also been featured recently on NBC’s Know Your Value, The Fine Line magazine, and in the Washington Post. Visit her at www.katekaufmann.com

3 Comments on Book review: “Do You Have Kids? Life When the Answer is No” by Kate Kaufmann

OUR NEXT ONLINE REIGNITE WEEKEND