Introduction from Jody Day, Founder at Gateway Women: I have been increasingly concerned for some time now that egg-freezing is being promoted by the media as the new way to buy peace-of-mind insurance for those women struggling with social infertility, whilst its low success rates and patchy live birth data was not being explored. I am therefore delighted to exclusively publish Miriam Zoll’s new analysis of how this procedure is being taken up and promoted by the ART (Assisted Reproductive Technology) industry in the US… The most comprehensive study to date [i] evaluating the effectiveness of egg freezing revealed that, despite a new flash freezing technique, high failure rates continue to be associated with egg freezing procedures across all age groups.

The May 2013 data meta-analysis study published in Fertility and Sterility­­ [ii] found that using a technique known as ‘vitrification’ did reveal some improvements for women younger than 30 but that there were certainly no guarantees. Tracking outcomes of 2265 thaws in 1805 patients the study found:

Researchers concluded: “Our analysis revealed age 36 years as the cut point to provide the best discrimination between successes vs. failures, hence optimal results may be expected in patients who are younger than this age threshold (younger than age 36 is best).”

In October 2012, the American Society for Reproductive Medicine (ASRM)­­––the lobby and voluntary regulatory arm of roughly 500 infertility clinics in the U.S.––lifted the “experimental” label from this still young science. [iii]

Its Practice Committee said it was not yet ready to endorse widespread use of egg freezing for elective treatments and, while randomized controlled studies were rare, the committee said it did find ‘sufficient’ evidence to “demonstrate acceptable success rates in young, highly selected populations.”

Citing a lack of data on safety, efficacy, cost-effectiveness, and potential emotional risks, their report states, “Marketing this technology for the purpose of deferring childbearing may give women false hope and encourage women to delay childbearing. Patients who wish to pursue this technology should be carefully counseled.”

As would be expected, once their decision became public, their warnings about women’s age and infant health was obscured and eventually obliterated by the dust kicked up by a stampede of panicked but hopeful thirty and forty-something women running to the nearest fertility clinic to have their eggs harvested for future use––for anywhere between $10,000 and $15,000 or more. [iv]

One must wonder why the ASRM felt so compelled to provide a stamp of approval for a procedure still lacking in reliable safety and efficacy data. As legal scholars Debora Spar and Naomi Cahn have written in their books, The Baby Business and Test Tube Babies, respectively, in the context of an unregulated industry in the United States, it is virtually impossible to separate the medical and market forces at play when new techniques and procedures are advertised to potential clients. The blurred boundaries between fertility clinics wanting to provide patients with safe, evidence-based procedures while also needing to generate business to meet their bottom lines puts that much more pressure on consumers to know what they are signing up for. Miriam Zoll is an independent journalist and the author of the new book:
Cracked Open: Liberty, Fertility and the Pursuit of High-Tech Babies (Interlink-2013). 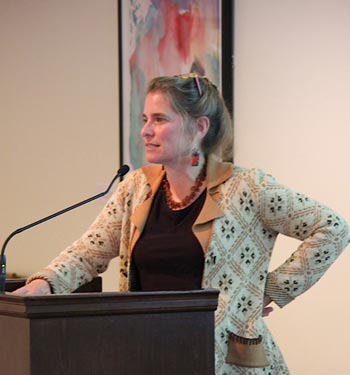 Miriam is an award-winning writer, public speaker and an international health and human rights advocate and educator. She is the author of Cracked Open: Liberty, Fertility and the Pursuit of High Tech Babies (2013), her eye-opening account of growing into womanhood with the simultaneous opportunities and freedoms afforded by the U.S. women’s movement and new discoveries in reproductive technologies. She is the founding co-producer of the original Ms. Foundation for Women‘s Take Our Daughters To Work Day, and a member of the boards of Our Bodies Ourselves, the global women and girls’ health and human rights organization, and Voice Male Magazine. A 2005 MIT Research Fellow at the Center for International Studies, her research addressed the intersection of gender inequity and poverty in HIV/AIDS-affected households in sub-Saharan Africa. Her writing has been published by the United Nations, The Earth Institute at Columbia University, The Royal Tropical Institute, the Center for Global Development, the New York Times, the Atlantic, Slate, the Christian Science Monitor and the Boston Globe, among other venues. She is a former member of the boards of the University of Massachusetts-Amherst, College of Humanities and Fine Arts and the Huairou Commission, an international organization working to support grassroots women’s ability to exercise their collective political power at the global level.

Be part of the conversation that ends the taboo of childlessness The invisible grief of the childless-by-circumstance woman

9 Comments on The Egg Freezing Scam? a guest post by Miriam Zoll