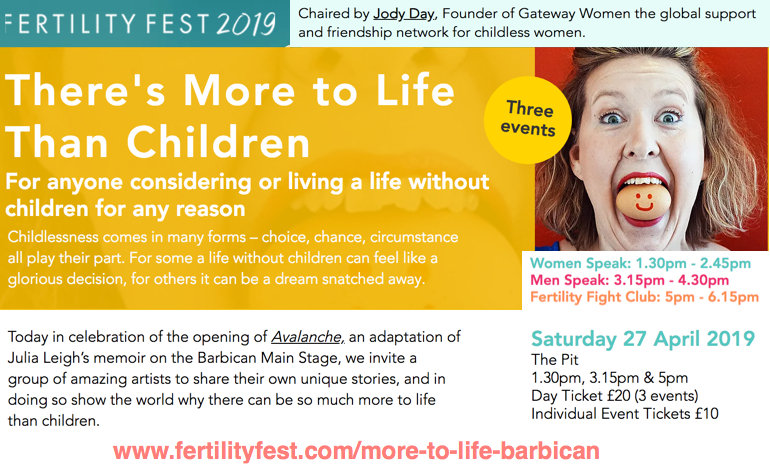 You wouldn’t think that something called ‘FertilityFest’ is something I’d write about, but as one of its Founders is Jessica Hepburn (childless author of ‘The Pursuit of Motherhood’ and ’21 Miles’) it’s an arts festival about fertility that includes childlessness (for both men and women) as part of the story of modern fertility. Now in its third year, FertiltyFest has been named by the London Evening Standard as one of London’s top arts festivals.

Saturday 27th April is the ‘There’s More to Life than Children’ day at FertilityFest and I’m SO proud to be the chair for the day.

The day is divided into 3 programmes (Women Speak; Men Speak; Fertility Fight Club) and you can buy tickets for each of them individually (£10 each) or a day pass for all 3 (£20). There’s also the evening premiere of Julia Leigh’s play about childlessness, Avalanche, with childless actress Maxine Peake in the lead. (GWs have been booking tickets in the A and B rows of the Upper Circle, so if you’re coming, maybe you’d like to book in that area too?)

It’s going to be an amazing day/evening and if the laughter and connections in and around the events are anything like last year, absolutely not to be missed! If you’d like to meet and mingle with other childless women (and say hello to me) in a friendly and non-committal way (ie, you don’t have to identify yourself or say hello if you’re feeling shy), please come along. If you’ve never been amongst other childless women before, you’re in for such a treat – we’re an awesome, friendly and fascinating bunch of women, and nothing like the social misfits and freaks that society ‘says’ we are. That’s #PronatalistPiffle and the sooner you can get rid of that idea about yourself and other childless women, the happier the rest of your life will be! 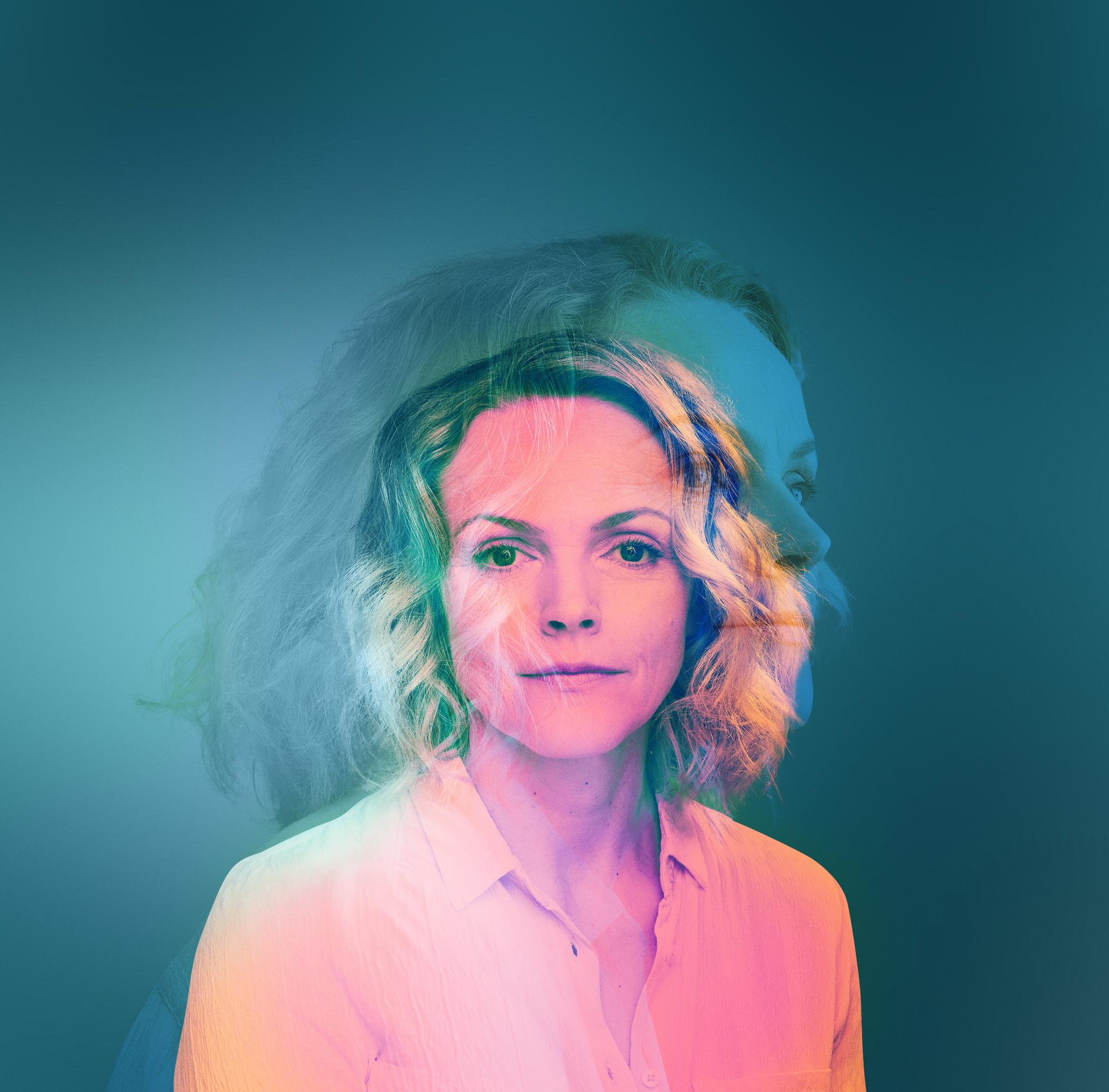 The whole day will be topped off by the premiere of ‘Avalanche’ a play based on Julia Leigh’s extraordinary memoir of IVF and childlessness and which, in a complete casting COUP, features childless actress Maxine Peake in the lead role (GWs have been booking tickets in the A and B rows of the Upper Circle, so if you’re coming, maybe you’d like to book in that area too?)

I will be the Chair for all of this except the FertilityFight Clubs (last year I was one of the speakers and it’ll be nice NOT to be doing that this year!) This is OUR day at FertilityFest do come along and it would be lovely to see you. You could even get yourself a GW badge for the day if you like so that we can all spot each other!

I’ll be around in the morning before the day kicks off from 10am-12noon for a breakfast Meetup in the cafe by the water at the Barbican, and in the evening from 6-7pm in the theatre bar for pre-theatre drinks before Avalanche. Do come and say hello!

OUR NEXT ONLINE REIGNITE WEEKEND