JODY DAY (1964) is the British founder of Gateway Women, the global friendship and support network for childless women, and the author of ‘Living the Life Unexpected: How to Find Hope, Meaning and a Fulfilling Future Without Children’ (2nd Edition, Bluebird/PanMacmillan UK, March 2020) including new material, a new introduction and 50 prestigious endorsements. A thought leader on female involuntary childlessness, she’s an integrative psychotherapist, a TEDx speaker, and a former Fellow in Social Innovation at Cambridge Judge Business School. A World Childless Week Champion, she lives in rural Ireland with her partner and dog and is working on a new book. email: jody@gateway-women.com twitter @gatewaywomen (fastest way to contact for journalists). KARIN ENFIELD DE VRIES is Gateway Women’s Operational Management Consultant (as of March 2020) as well as being a licenced Gateway Women workshop facilitator (GWS) and Gateway Women’s European Lead. Bilingual in English/Dutch (and quite handy in a few other languages too!), she lives on the Dutch/Belgian border with her British husband and cats and is childless due to a hysterectomy at 33 as part of her treatment for cervical cancer. She works in Business Transformation and Change Management, guiding people and corporate teams through transformations, as well as being a yoga teacher and singer. A graduate of Gateway Women’s 2017 Online Bee Plan B Mentorship Programme, Karin is a World Childless Week Champion and is particularly interested in creating resources for women childless due to cancer. As well as co-facilitating Reignite Weekends in the UK and leading a monthly GW Benelux Meetup Group, in 2020 she will be leading Reignite Weekends (in English and Dutch) in Holland as well as being one of the facilitators for Gateway Women’s 2020 Online Bee Groups. She is growing awareness and support for Gateway Women in the Benelux region, which has its own Dutch/English website at Gateway Women Benelux. email: karin@gateway-women.com You can watch a short video chat between her and Jody here. LAUREN DE VERE is a licensed Gateway Women workshop facilitator (GWS) and lives with her cat, Mr Marvo, in Greater London. A solicitor by training, Lauren has undertaken in-depth personal development to heal from the wounds of a difficult childhood including attending and then facilitating The Essence Process. She’s been active both at a local level with GW Meetups in Chorleywood, as well as attending Gateway Women’s 2017 year long Plan B Mentorship Programme. Lauren has a special interest in supporting those childless women for whom a challenging childhood has been a contributing factor in their childlessness. As well as co-facilitating Gateway Women’s Reignite Weekends in London and co-hosting a GW Meetup in Greater London, in 2020 Lauren will be facilitating ‘The London Bee’, Gateway Women’s live year-long Plan B Mentorship Programme. email: lauren@gateway-women.com twitter: @LaurendeVere. You can watch a short video chat between her and Jody here. ELIZABETH GRAMBSCH is a licensed Gateway Women workshop facilitator (GWS) and lives with her husband near Minneapolis, MN USA. She is childless due to health-related issues and after 12 years of healing efforts, she had her last miscarriage at 42. Elizabeth has a Master’s degree in Human Development and, after working in university and hospital settings for many years, founded Crescendo Learning Center LLC where she teaches, coaches, consults, presents and performs with clients of all ages and with a variety of organizations on using applied neuroscience to improve communication, enhance creative self-expression and optimize human performance. She is a graduate of the Gateway Women’s 2017 Online Bee, and trained with Jody to lead the Reignite Weekend in North America and has a special interest in supporting those childless women for whom chronic illness or traumatic injury have contributed to their childlessness and/or painful or triggering communications with medical staff have complicated their grief process. Having had her own experience with this she is now offering her Beyond Words Mentorship Program for Practitioners to help them develop trauma-informed communication skills, including for women facing infertility. Elizabeth is passionate about bringing Gateway Women programs to North America and excited to be supporting the first North American Online Bee in 2020. You can contact Elizabeth directly at elizabeth@gateway-women.com and you can watch a short video chat between Elizabeth and Jody here.

YVONNE JOHN is a licenced Gateway Women workshop facilitator (GWS) and the author of the book Dreaming of the Life Unlived: Intimate Stories and Portraits of Women Without Children.  A gifted public speaker and passionate about creating inclusivity for black women and women of colour in the cultural narrative of childlessness, Yvonne has appeared on numerous radio and television programmes, including BBC Radio 4’s ‘Woman’s Hour’. She also blogs about her own evolving recovery from childlessness at Finding My Plan B. A graduate of GW’s 2016’s year-long Plan B Mentorship Programme, Yvonne is also a World Childless Week Champion. She works in the medical services industry and is also a talented photographer and singer. You can learn more about Yvonne in her own words in her guest blog for Gateway Women, The Black Woman in the Room, you can email her at yvonne@gateway-women.com and you can watch a short video chat between her and Jody here. LIANE PRESTON is a licenced Gateway Women workshop facilitator (GWS) and lives near Edinburgh, Scotland. Having worked in the corporate world for a long time, most latterly as a Director of Human Resources, she has over fifteen years of experience in developing people. She came to believe that most of us, at some point, could benefit from professional therapeutic support in dealing with life’s curveballs, so she retrained and has for the past five years has combined running a private psychotherapeutic counselling practice with corporate consulting. Her childlessness is due to a combination of factors – being a (recovered!) workaholic, not meeting her husband until she was 40, some gynaecological issues and a dance with cancer. Happily, she now has the all-clear and is excited about embracing a new phase of her life, which includes running the Gateway Women Reignite Weekend in Scotland and nurturing Gateway Women’s network of social meetups in Scotland as she supports other Gateway Women on their journeys towards their Plan B’s. You can view Liane’s UKCP therapy entry here and contact her directly at liane@gateway-women.com and you can watch a short video chat between her and Jody here. 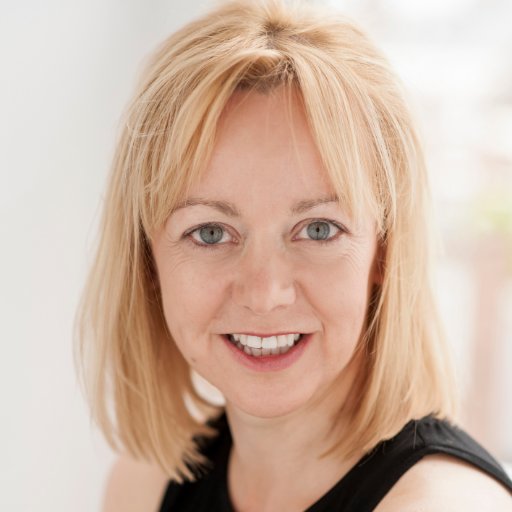 MELANIE DAGG is a licenced Gateway Women workshop facilitators (GWS) and lives in Morpeth, Northumberland. She is childless after unsuccessful ICSI/IVF fertility treatments with her former husband. She found Gateway Women after a frantic late-night Google search for ‘women who don’t have children and are happy’ and attended the Reignite Weekend with Jody in London in February 2014. Despite feeling very nervous (she considered not turning up at the workshop and going shopping in London instead!) it turned out to be a turning point and the beginning of her journey out of a black hole. Since then, Melanie has been an active member of the Gateway Women online community and leads her local Gateway Women Meetup group in Newcastle. In 2017 she also took part in Jody’s one-year Plan B Mentorship Programme – The Online Bee. An actor by profession, Melanie is an experienced workshop facilitator and also has a counselling qualification. You can contact her directly at melanie@gateway-women.com and you can watch a short video chat between her and Jody here.

DEBBIE NORMAN is a licenced Gateway Women Facilitator and lives in Rugby Warwickshire with her second husband and two cats. Childless herself due to spending most of her fertile years recovering from the traumatic domestic abuse of her first marriage, Debbie found Gateway Women after reading about Jody’s work in a women’s magazine in June 2014. Wasting no time, she attended her first Gateway Women workshop shortly thereafter and continued her healing by attending private sessions with Jody. Since then, Debbie has studied to deepen her practice of self-compassion and has also taken part in the ‘Online Bee’ a year-long mentorship programme run by Jody and in 2017 was invited by Jody to be one of the first women to train to lead the Reignite Weekend. Debbie has been an active and passionate member of the Gateway Women community both on and offline, organising and attending local GW Meetups whilst continuing her path personal healing and growth. A hospital healthcare practitioner, Debbie sees the opportunity to lead others through the Reignite Weekend as a way to share with others the healing that childless women can offer each other as we support each other with kindness and compassion to heal our lives and create new futures.  You can contact Debbie directly on debbie@gateway-women.com and watch a short video chat between her and Jody here