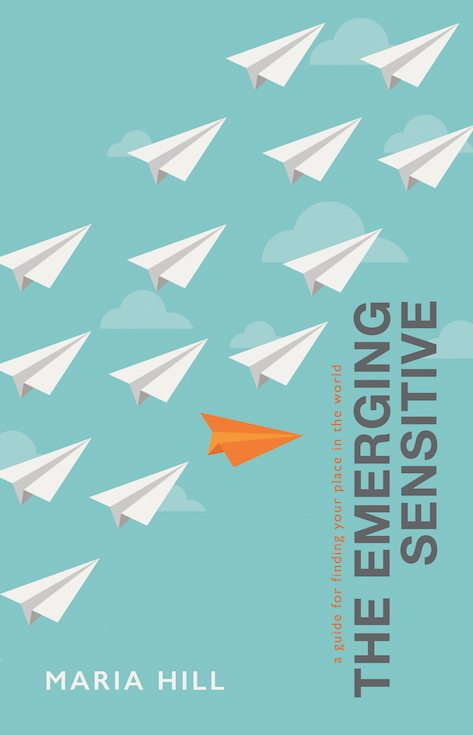 I’ve often wondered what people really mean when they say someone is ‘oversensitive’… because to me what I’ve nearly always heard is more along the lines of, ‘Your feelings don’t matter’. So, if anything, it’s more about the other person being UNDER sensitive!  And when it comes to childlessness, it’s rare (not impossible, but rare) to find those who aren’t childless who get how hard it can be to walk this path of being ‘different’ from our peers and the wider world when that wasn’t our choice…

As a child, I was full of wonder about the world and when we moved out of the city to the countryside it felt like heaven. It was the 70’s and I had a lot of freedom to play outdoors and explore by myself. I remember lying on my back in fields watching the shapes in clouds, hanging upside-down from very tall branches and, one of my favourite activities, sitting in the woods talking to the fairies that made their homes inside bluebells. I lived in the world of my imagination, either reading stories, writing stories or making up grand adventures as I whizzed alone down country lanes on my bicycle. To me, the veil between the ‘real world’ and the ‘otherworld’ was very thin and just because grown-ups couldn’t see and feel the things I could, I didn’t take that as proof that they weren’t there.  I haven’t changed much, although my tree-climbing skills are pretty poor these days!

But that sensitive, artistic, creative, spiritual little girl had a hard time fitting in at school and later in the rough and tumble ‘real’ world. I developed a tough shell to hide my gentleness, and it wasn’t until the grief of childlessness broke me open that I began to recover her.

One of the many things that has helped me recreate myself after the devastation of childlessness has been to work out what parts of me ‘before’ my childlessness felt right to take forward with me into my Plan B. Because, if creating a Plan B is about creating a life of meaning, and if only things that felt meaningful were able to hold the interest of my fragile, freshly-hatched, post-grief identity, I had to go much deeper to understand things. When ‘normal’ life closed its doors to me after divorce and then long-term singleness and childlessness, I came to understand that the road ahead was washed clean away and that what I faced was uncharted territory because life as a middle-aged, childless woman in the 21st century is still a surprisingly radical identity.  For me, in many ways (although I didn’t understand it at the time), my desperation to be a mother was partially driven by my desire to be one of the ‘normals’ – to fit in – finally. But once I’d fully accepted that I’d never be a mother, right down to my very bones, I realised that I’d been given something very rare and precious; I’d been given a second chance to choose the kind of person I wanted to be, and the kind of life I wanted to live. Freed from the rules of womanhood, invisible to society and my peers, I could start again.

Probably the first thing that I began to understand about Jody 2.0 (as I sometimes think of myself!) is that grief and childlessness had revealed a much deeper side to me, a more introverted side. I’d always condemned myself for those qualities and saw them as character weaknesses – that I hated telephones, crowds, loud noises, strong smells, trivial conversations – that I couldn’t watch TV news nor violent films and that sometimes I’d have such a strong reaction to an environment, person or situation that I’d simply have to leave (parties, social gatherings, supermarkets, department stores…) I felt that these were wimpy and unsociable elements to my personality so, imagine my incredible relief when, a few years ago, I discovered that they are simply expressions of the way my nervous system is wired – that I am one of the 20% of the human population who is an “HSP” (a Highly Sensitive Person).

HSP is a biological trait, not a personality style, and understanding this about myself has given me permission to make space in my life for those parts of me that crave tranquillity, depth, beauty, authenticity, creativity, sincerity, equality and harmony. And why I care so damn much about making the world a fairer place for childless women.

My HSP traits are not me being ‘too sensitive’ – they are they very engine that drives my work. There would be no Gateway Women without my sensitivity. And I would never have discovered my HSP-ness if it were not for the work of Maria Hill. She runs a website called Sensitive Evolution, dedicated to helping HSPs understand themselves, so that they are better able to operate in a world that was not built for us or by us. It’s usually the noisy ones, the ‘thick skinned’ ones that make it to the top, that get to make the rules that the world lives by. And we can all see how that’s working out for humanity!

Maria is involuntarily childless herself and has been an amazing support to me, and to all the members of the Gateway Women private online community as one of our longest-serving, most-thoughtful and wise moderators. She runs an astoundingly in-depth, year-long course at Emerging Sensitive which educates and connects HSPs through the study of cultural frameworks, such as philosopher Ken Wilber’s ‘Spiral Dynamics’ and Bill Plotkins’s soul-centric nature-based framework. And so much more! And with her usual generosity, she’s offering Gateway Women readers and members 20% off her Emerging Sensitive programme.

This is a chance to learn from Maria Hill, one of the absolute pioneers in HSP studies to help you claim your voice as a sensitive person. The year-long course starts again on January 1st 2019 and, to claim your discount, simply put the code “gateway” into the coupon section when you checkout. The course can cost as little as USD$45.00 per month for 2019’s annual enrollment. Enrollment closes on 31st December 2018.

To test whether you are an HSP yourself, you can do this quick questionnaire on Dr Elaine Aron’s website (she discovered and named the trait). She’s also featured in this film ‘Sensitive‘ which gives a lot of the scientific and sociological background to the trait. (Please note that the film has a lot of footage of HSP children, as this is a trait that is present from birth).

12 Comments on Have you ever been told you’re ‘oversensitive’ about your childlessness?